The Clarksville Lake Country Chamber of Commerce is looking for a few good artists and area businesses to take part in the second annual Catfish Art Crawl. Chamber Director Sheila Cuykendall said, “We are looking for businesses to host a catfish display from an artist of their choosing or we can assign one to you.” This is the second year […]

The Clarksville Lake Country Chamber of Commerce has started a new services for visitors, Clark’s Caboose. It’s named for the town’s mascot, Clark the Catfish. The free golfcart taxi service will shuttle up to five adult visitors — it’s a six-seater cart — around the downtown area on Fridays and Saturdays between 11 a.m.-6 p.m. Shuttle stops are strategically placed […] 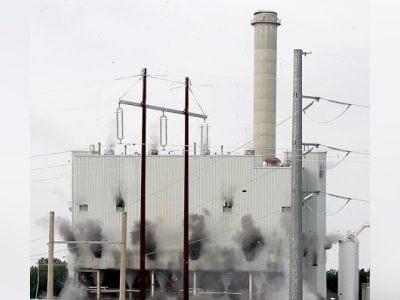 It took less than two minutes Thursday morning for the shuttered Mecklenburg Power Station near Clarksville to be reduced to rubble. At approximately 8:01 a.m., demolition experts with Controlled Demolition, Inc. (CDI), a Maryland-based commercial explosives contractor, hit the switch that set off a sequence of explosions which toppled the boiler building and the smokestack of the 30-year-old power station, […] 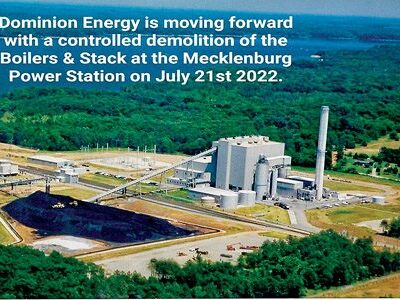 The Mecklenburg Power Station — known to locals as the Clarksville co-gen plant — will soon be gone from the landscape. Dominion Energy, owner of the shuttered coal-fired plant, announced it would perform a “controlled demolition” of the power station boiler and smokestack on Thursday, July 21 at 8 a.m. The building that houses the boiler and the towering chimney […] 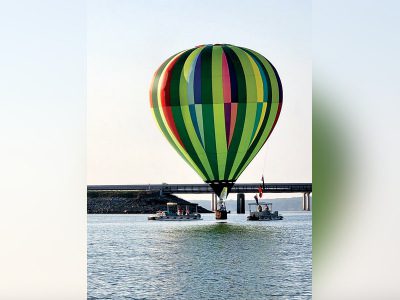 BACK WITH A BANG

Lakefest 2022 returned to its pre-pandemic glory as crowds packed Virginia Avenue in Clarksville on Saturday for the 45th annual event. Clarksville Lake Country Chamber of Commerce Director Sheila Cuykendall said the Virginia Lake Festival was a success despite a major rainstorm that blew through late Saturday and almost upended the annual fireworks show. “It was a year to remember […] 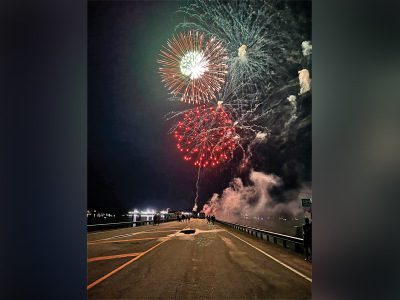 Hot times by the water for Lakefest

Thousands of people descended on Buggs Island Lake and the Town of Clarksville this weekend for the 45th annual Virginia Lake Festival, Lakefest for short. By early morning a crowd had formed on Virginia Avenue in town, with some choosing to beat the heat before festivities peaked in the early afternoon. Late afternoon storms brought a reprieve from the high […]

Later this week, tens of thousands of people will descend on the Town of Clarksville and Buggs Island Lake for Southside Virginia’s biggest celebration of summer — the Virginia Lake Festival, better known as Lakefest. The 45th annual event begins Friday at 7 p.m. with opening ceremonies at the Lakefest stage in the parking lot behind Wells Fargo bank on […]

Mecklenburg County Tourism Coordinator Tina Morgan announced plans this week to bring an urban slide to Clarksville for a two-day summertime event in 2023. The urban slide is a 1,000-foot waterslide that will be rolled out on Virginia Avenue on the hill leading between Third Street and Second Street in downtown Clarksville. People ride inner tubes down the slide which […] 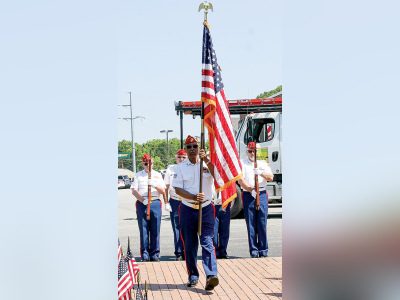 Clarksville-area citizens remembered soldiers, sailors and airmen who laid down their lives for the nation at the Memorial Day service on May 30 at the Mecklenburg County Veterans Memorial Monument. Monday’s ceremony was dedicated in memory of Stuart Buchanan, who died last year. The Veterans Memorial Monument in Clarksville was the vision of Buchanan. He not only helped design it, […]

Clarksville Town Council was presented Monday with a proposed $6.2 million town budget for the coming fiscal year, a nearly 20 percent spending increase as town departments grapple with rising costs for salaries, insurance, fuel and other routine expenditures. Despite the spike in spending, the draft town budget contains no change in tax rates or water, sewer or garbage rates […]

Category Pages are limited to 90 days. Please use the archive page or the search box to find older articles.